Death is not the end – an Audience Song by Eli Moore

The Song – Death is not the end

Honey, you look gorgeous
The dress looks like it’s made for you
The nurse has lit the ward up
Your favorite colors, green and blue
Spin around, how’s the make-up make you feel,
Like you’ve stepped inside your high- school movies?
And when Father brings the boom-box, baby,
It gets real
And though ‘Rock With You’ feels like  it should last forever
We’ve got some things to talk about, love

Chorus:
Death is not the end, it’s where we step off  We take off, like flying
All the grief released
Like ballast behind
And I’ll be holding you till your time arrives
Death is not the end
Of you
Brother, let’s go fishing
This thing’s eating both of us
How is it, it weakens you
But still, you love like Jesus?

Because stubbornly you have to be the holy one
Giving me the first of everything
And though, just as always, you can coax a laugh from me
In my soul, I feel a hundred

‘Cos I’m another Jacob, lately, wrestling
Trying to separate the ladder from the Cross
Wisdom isn’t always easy listening
But later on your words resound in me

Dealing with my own cancer at the time and working with terminally ill children.

The challenge for me was having to face the possibility of me not being able to see my own daughter grow up, wear make up and all the girly things that teenage girls think about and do. Coming face to face on a daily basis to my own mortality and how important my faith was so I too could say I’m ready to Dance with the Lord.

The Catholic Priest and I were sitting with a 13-year-old girl whom I will refer to as Ura (not her real name). With tears rolling down her cheeks she said “I’m never going to get to wear makeup, have painted fingernails and toenails, go to dances or do things that normal teenagers do.
This beautiful young girl had been in remission from cancer but it had returned and there was nothing more that could be done for her. We sat quietly praying with her until she fell asleep.

On leaving her we devised a plan

A funky teenage outfit and shoes was brought for her and three days later I turned up at the hospital armed with nail polish, lipstick, mascara, eyeshadow of every hue, the funky outfit, and shoes and a corsage. Amidst giggles and experimenting with different coloured lipstick, eyeshadow and nail polish the makeover was complete and of course she insisted on putting the corsage in her hair. The nurses had brought in a full-sized mirror so she could see herself all made up. She twirled and preened and said, I look pretty, don’t I? To which we replied you look gorgeous.

I made a surreptitious call to the Chaplains office were the priest was waiting. Father arrived with a big ghetto blaster in his arms. He set it down and put on a lovely old waltz. He then turned to Ura and said “would the beautiful young lady to this old man the honour of dancing with me. There wasn’t a dry eye in the room as we watched this elderly 6-foot-tall gentle giant, with his lovely white curly hair, and this wee slip of a girl waltz slowly round the room.

…and tapped father on the shoulder and said excuse me it’s my turn”. The joy on that young girl’s face lit up the room and the hearts of those present at the time.

That night Ura slept in her funky outfit, make up on and her corsage in her hair. Throughout the night she kept playing “Stairway to Heaven on the Ghetto Blaster. She also asked for it to be played at her funeral. Over the next seven days applying makeup was a daily ritual. The day arrived when she said no makeup today. I knew her time was drawing to a close.

The last time Ura spoke to Father and I, was to ensure we would play Stairway to Heaven at her funeral and tell to us she was ready to go and dance with the Lord. In her very beautiful way, Ura was assuring us she was okay and she knew she was going home to her Heavenly Father. With her dreams fulfilled Ura climber her stairway to heaven two weeks after this all transpired. – Connie Hassan

One of my best friends from Italy who had lived in New Zealand for 2 years went back home 4 weeks ago. He passed away last week after spending some great time with his family. When I heard the news about his death, I felt so much peace and serenity as if God was telling me that he was in Heaven already. Something unusual for me, because I am very emotional. Nevertheless, my faith helps me to accept what happened and to understand God’s will. He knows what the best time is.

Maybe he said something that made you cry laughing or maybe you would have heard his voice from meters away during adoration. Maybe you didn’t meet him at all. There is so much more to him though.

Giacomo loved to help others. Not a surprise coming from a family that looked after the orphans, sick and those suffering. Last time we spoke he was so excited about his new job in a location that allowed him to be involved in charity again. Giacomo understood what it meant to be an unconditional friend. If I ever mentioned I was a bit upset I could find at least 2 missed calls and 5 messages asking if I was okay, if I wanted to go for a walk and talk, or just even have a phone call.

He understood what it meant to put other people first and to give them the best that we have. He was obsessed with fishing. Yet every time we went fishing, he would give me his best rod. He would prepare the different parts to it and put the bait so that I could start fishing right away. He was always last.

Giacomo was the definition of honesty and simplicity. He was always himself. It didn’t matter where he was or who was around. He could care less about what people thought about him. He was free.

We laughed all the time, it was almost a competition to see who was funnier. We listened to each other, we could talk about anything. Honesty was at the heart of our conversations. There was nothing too big, sad, awful that I couldn’t share with him. I knew he would accept me regardless.

Thank you, Giacomo, for challenging my patience, my love, my kindness, my tolerance, my acceptance, even my way of casting a fishing rod.

What a better friend to have around than one that points you to Heaven?

What a better friend to have around than someone helping you to get to Heaven?

I used to think that I was being Giacomo’s friend, but actually, he was the one being the friend I didn’t even know I needed. The older brother I never had. Thank you, God for lending Giacomo to us. Giacomo, I hope its not too late to say that Italian food is better than French food. Last time we messaged I said I would do anything for my Italian best friend.  – Marianne Hull

Audience Song is a collective of songwriters who compose songs inspired by stories that speak of overcoming the challenges and adversities in our fast-changing world.

Please feel free to share your thoughts in the comments section below. 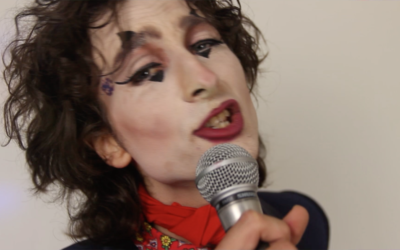 Shield and Crown – an Audience Song by Rewind Fields

The Song - Shield and Crown https://youtu.be/wKBr6YtrU-o It felt like personal attack from the... 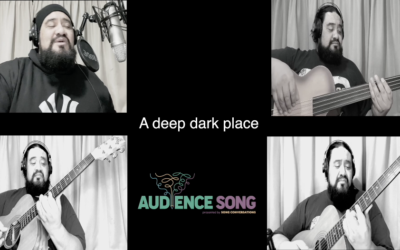 The Song - Wicked Ways https://youtu.be/IuMcfYaQ67w All the names you called me, All the wicked... 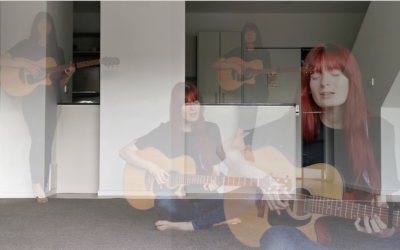 Our Life – an Audience Song by Isla

The Song - Our Life https://youtu.be/HXBSd_v6hiU This is our life And we are falling apart the way...